The Mercy College School of Health and Natural Sciences celebrated the December nursing graduates with ceremonies honoring their accomplishments.

On December 15, Mercy hosted a pinning ceremony for the 67 undergraduate students who earned bachelor’s degrees in nursing, including students from the accelerated second degree in nursing program, and students who began their nursing education at the College of New Rochelle (CNR) before transferring to Mercy when CNR closed. This pinning ceremony was the first held on the Bronx Campus for students from the accelerated second-degree program, which began in fall 2019.

A tradition dating back to the 12th century, pinning ceremonies mark a nurse’s entrance into the profession. New nurses receive pins to symbolize their transition from student to health care professional. As a perfect demonstration of the significance of the pinning ceremony, assistant professor Kathleen Reilly, M.S., R.N., wore her own nursing pin to Mercy’s ceremony and remarked on the pin’s significance to her, even many years after her own graduation.

Several faculty members — including director of the accelerated second degree program Kathleen Apollon-Ferron, R.N., and assistant professor Miriam Ford, Ph.D., R.N. — spoke words of congratulations and inspiration. “As you begin to practice, remember to care for your patients with compassion,” said interim dean of nursing and chief nurse administrator Susan LaRocco, Ph.D., R.N. “The technical skills that you’ve developed, the knowledge — it’s important. But every person deserves your compassion. Be proud and be present for your patients. They’ll always remember you, the nurse who cared.”

The student speakers, in turn, expressed pride in their accomplishments and gratitude to Mercy College. “We all should be so proud of ourselves for making our dream a reality,” said Kassandra Pujols ’22. “We never have to live with asking ourselves, ‘What if? What if we took a chance on ourselves and worked toward becoming a nurse?’ I want to thank Mercy College for opening the door to us and giving us the opportunity to transform ourselves.” Students Vaniqua Harris ’22 and Emily Aquino ’22 also spoke.

For the first time, Mercy also hosted a graduation recognition ceremony for the 31 graduates of the Family Nurse Practitioner (FNP) master’s program. On December 21, students, faculty, friends and family gathered to celebrate this important milestone. LaRocco welcomed the graduates and former assistant professor Sandra Dave, D.N.P., spoke about what it is like to be a nurse practitioner — with director of the FNP program Sylvie Rosenbloom, D.N.P., acting as the master of ceremonies.

The entire Mercy College community congratulates these nursing students and wishes them well as they prepare for their national certification exams and embark on meaningful careers. 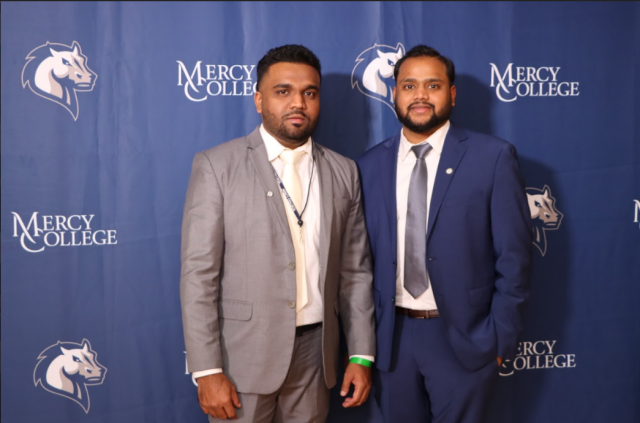 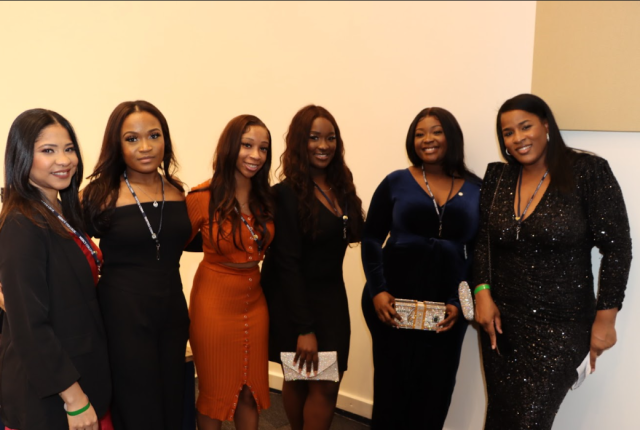 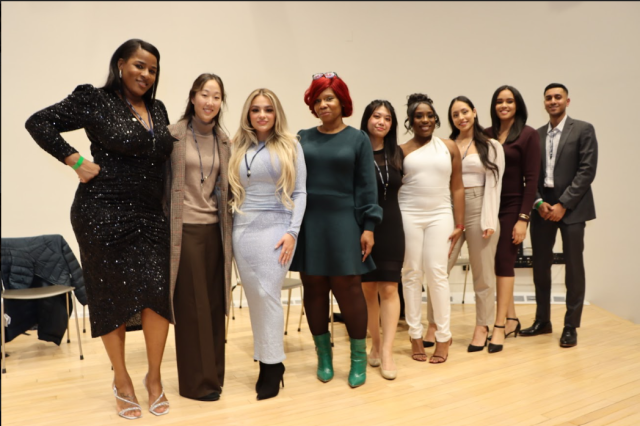